Normally I create code or edit videos. However I never combined those two until now and I must say, it’s here to stay!

The why:
In life I’m blessed with my family. We always got each other back and help where we are able. Where I walked a path of coffee and computer screens my brother Sil Visser walked his path of exercise, fitness and modelling. I’m aware of the irony. One is a model and the other creates 3D models. After years of dedication and dare to say success with fitness he now wants to share his knowledge and expertise he learned from years of devotion. But he doesn’t want to be a blogger or just a gym rat, he wants to create his own brand of fitness and coaching. The first step was getting a site, this site is now online and he is looking for the next steps to take. One of the services he also want to deliver for his clients is having a client based data sheet based on every individual and theirs stats. These stats could be weight loss, power gain, total carb intake or any other diet / fitness related value. He already keeps an excel sheet for all his clients with these values however we both felt that excel sheets can have a dis interesting effect on people. They look really dry and informational and almost intimidating in size. This was one of the reasons Sil Visser threw up the idea of having a visual representation of the stats in form of a repeatable graph animated video. He wanted a stylish and aesthetic way to show his clients their individual stats and how they were doing. At this moment I agreed to help him with the video. This would be one of our first moments our two worlds could collide. Having a topic and production matching both our worlds.

The Plan:
We wrote down the key values a person would like and need to know while looking at the video. These key values needed to be visualized. The whole video needed to be a repeatable loop. This way it could be played on repeat at the clients profile on the website. Another thing we wanted to implement was having all the horizontal graphs fill by a horizontal movement. This way the graphs wouldn’t become static or dull. The overall look would be somewhat sci-fi-ish, modern, sophisticated but clean to differentiate with the common “bro” fitness trainers that are in the industry.
But the most important thing the video should do was being code driven. The values should be read out of a small text file. This way Sil Visser could change values in the text file and create a custom video within minutes. Reducing time he needed to otherwise customize every video in the key frames themselves. This last point was my point to shine.

The Production: The first thing I started on was the code based stats. This was the most important part of the project. Without it the whole value of the project would be worthless. After creating basic stats like name, age and length being read from the code file and being implemented in after effects, I got the proof of concept. Now it was time to create the rest. After building all the stats and their visual look I needed to animate the stats. This was a bit tricky for multiple ways were used to represent stats like horizontal graphs, rectangle shaped graphs, circular shaped graphs and text fields.

The Product: After tinkering for a little while being able to work on or after my workday it started to get its shape. The video now contains 5 different background visuals which could be swapped out by choice. All 5 backgrounds are 3D renders made in Cinema 4D and Octane. The key stats are also included in an animated way and the code based values are all linker properly. The whole project has been packaged to collect all the files being used in it. This folder is delivered to Sil Visser with a text file containing the instructions I also gave him face to face. The only things he needs to do from now on is to overwrite the stats text file in the video folder with the one he wants to visualise and export the video from after effects.

For the future: Sil Visser is very happy with the product and tells me it works great. However, I would still like to research the possibility to link his online sheet files to the stats in the video. This way he could save another 2 or 3 minutes in his production.

Hello. I am a tech artist called Jeen Visser. I live in a small city in The Netherlands. I write about tech, design and creating or experimenting with things. 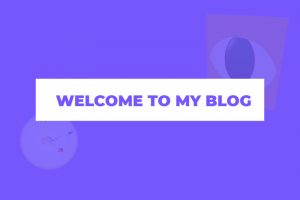